Hello all! Sorry for the delay. We arrived in Tanzania safe and sound. Only took four hours in the car, two unimaginable, unmentionable bathroom stops, an hour flight, a layover, a delay, another hour flight, and the Tanzanian customs to go 750 miles. But it was all worth it just to go to the bathroom in the Chinese built, Kisumu airport. 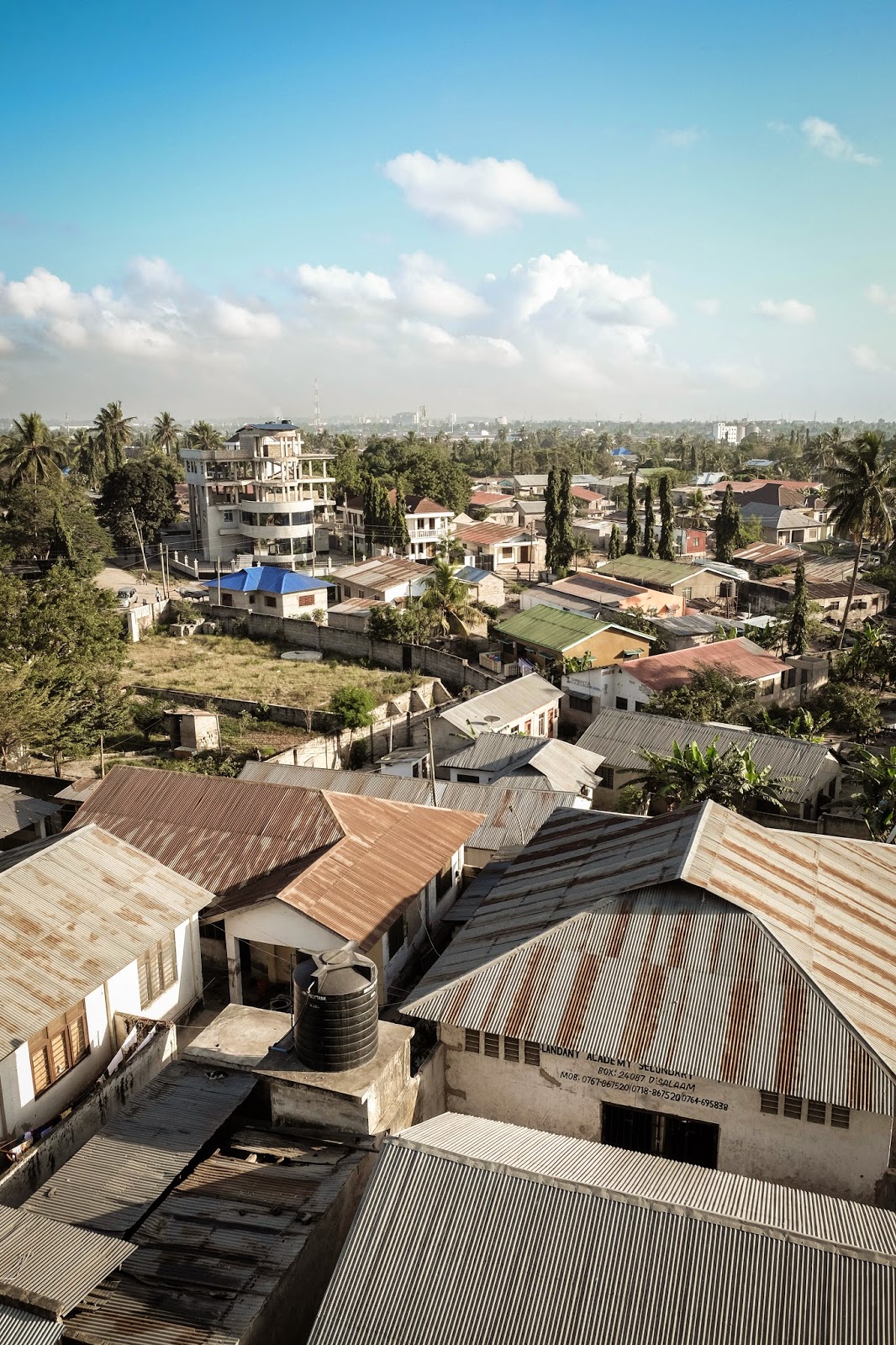 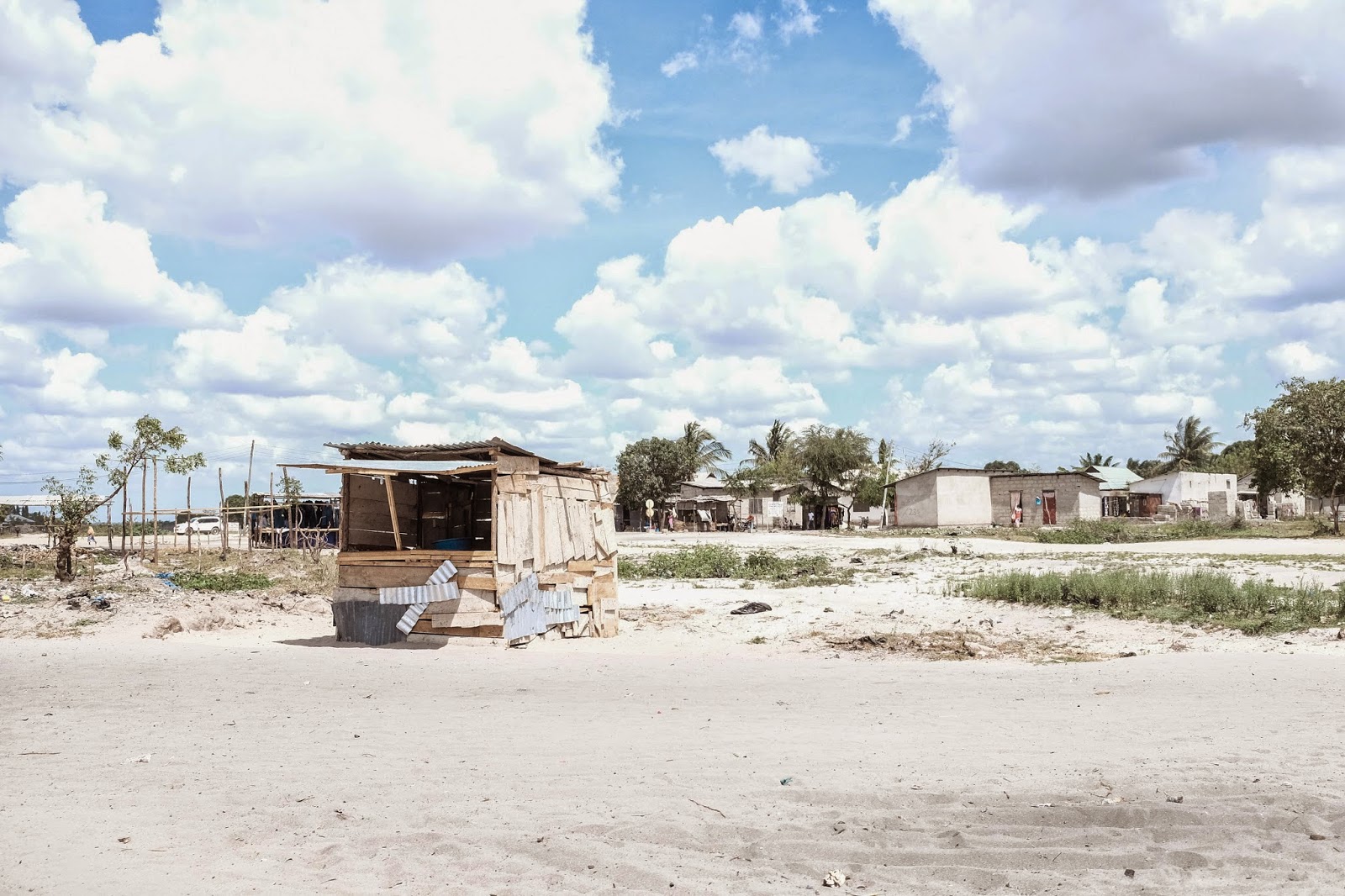 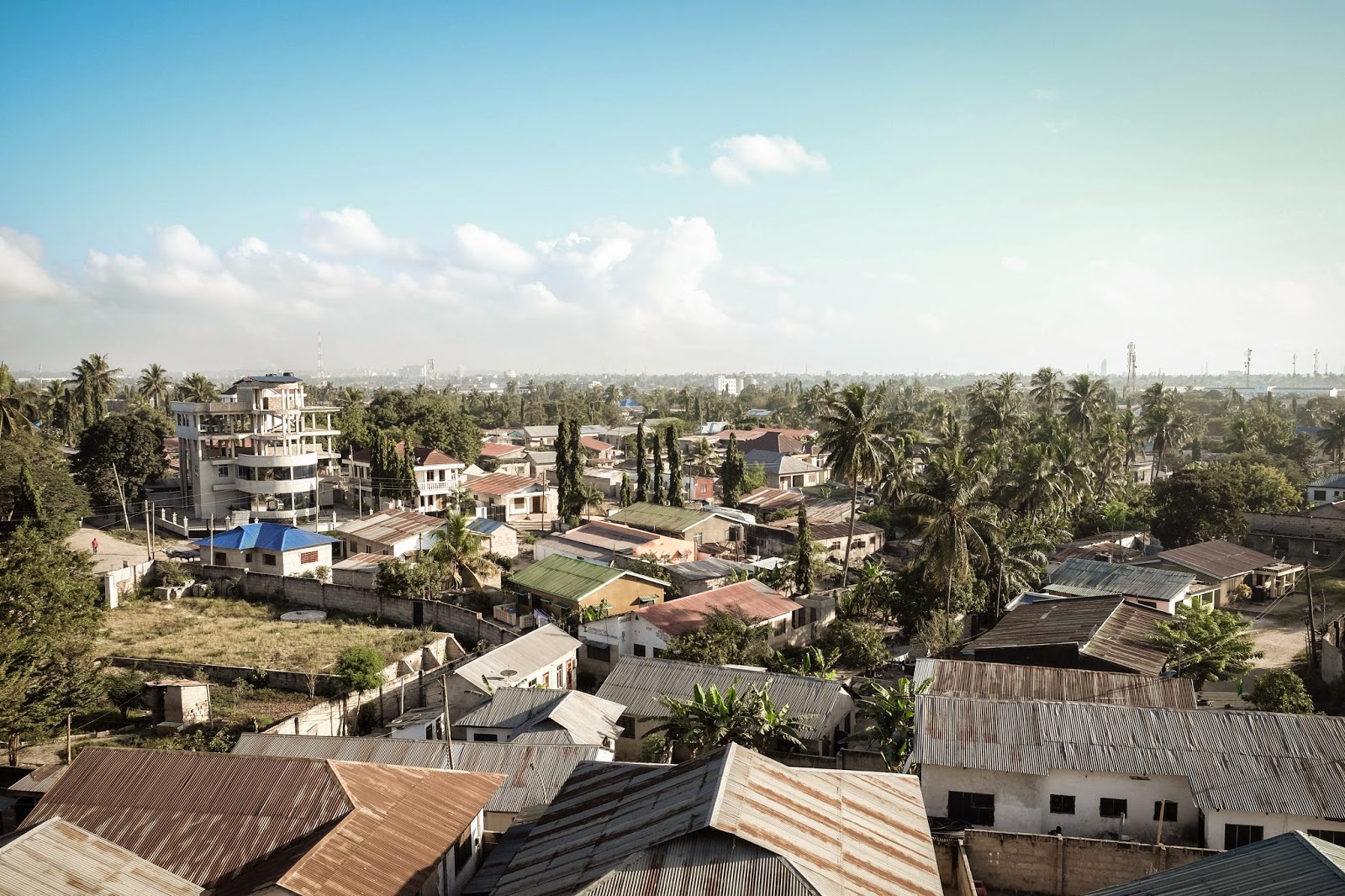 Dar es Salaam has been quite the culture shock from little, rural Kisii.  If Kenya exists in shades of rust then Tanzania is painted in ash. Dar is a much more urban space than Kisii, and much more packed together. Over four million people are living in a metropolitan area, which is roughly the size of Birmingham, Alabama. (Birmingham is home to less than a million.) Most of the buildings and homes are concrete and off the main paved roads everything becomes sand. The traffic in Dar es Salaam is indescribable. Phoebe said, “I’d always hoped that if I was to die in Africa it would be of some rare, tropical disease, I’m disappointed to find that I am going to die in a car accident. I could have done that in America”. The chaos of the Tanzanian road is almost comical, we sit in traffic jams more often than we move, and all drivers do exactly what they want following no traffic laws, traffic suggestions, or even the most basic rules or order.  Motorcycles and three wheeled taxis don’t exist to the other vehicles, even though they almost outnumber them and the motorcycle drivers see their fellow traffic as an elaborate obstacle course with no rules. BUT! Don’t worry because wearing your seatbelt (only if you are in the front, of course) is much more important than perhaps trying to prevent three lanes of traffic going both ways on a two lane road, facing off in a stand still. 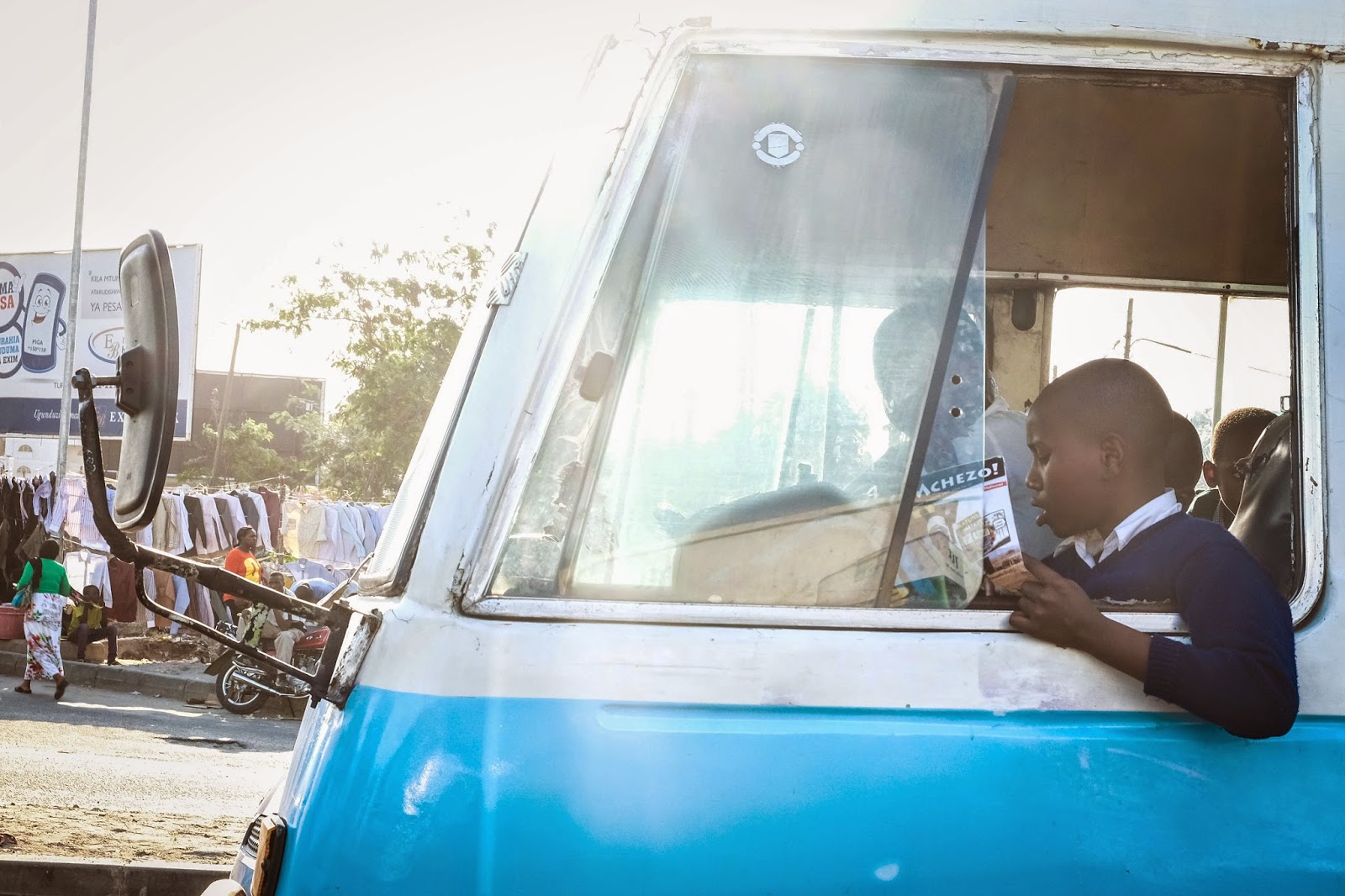 Even though Dar is a relatively thriving city, the water crisis is still dire.  In the city, water can be hard to find outside of the rainy season and because it is located on the coast of the Indian Ocean a lot of the water has a high salt content.  Many of the residents have to pay to have {DIRTY} water delivered to their homes.  Dar es Salaam is an eerie contradiction of development and impoverishment. Our hotel room has a doorbell, air conditioning, wifi (most of the time), and running water, but every morning, from our window we watch people with handcarts fill dirty buckets, with dirty water, out of a dirty hose.  There are jewelry stores filled with diamonds and gold and people who are still only making $2.50 a day.  There are cars, and cell phones, and high-rise buildings, but barely enough sanitation to support it and no clean water. 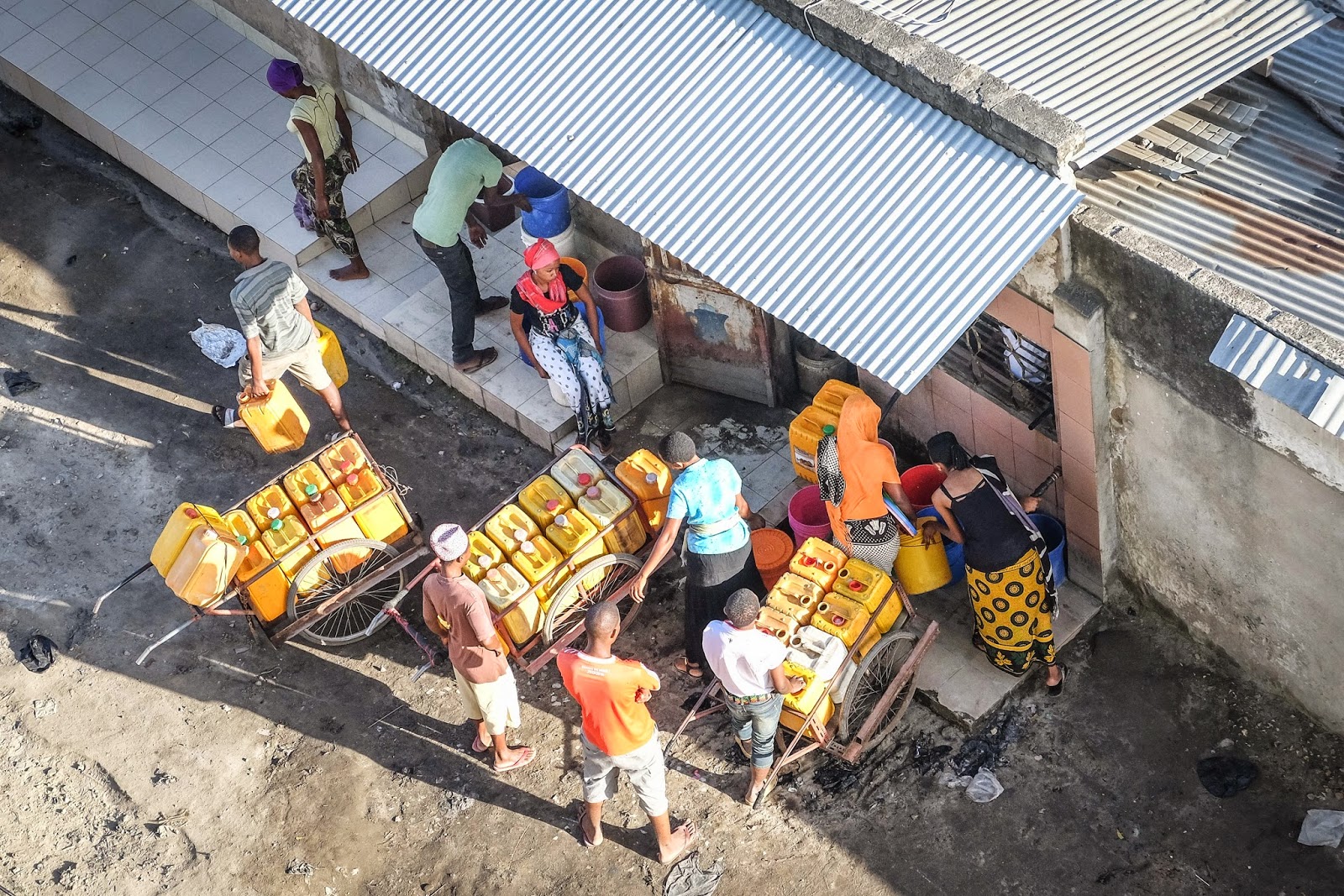 Our contact in Dar has been primarily the members of Grace Primitive Baptist Church. This past week we visited in the homes of some of the members, bringing them filters to clean their water.  Everyone welcomed us with warm hospitality. Mama Victor made us a wonderful meal of rice and cabbage; she is a schoolteacher who supports her family. We drove 45 min, crossing a dry river, to visit Josephine; she rides two hours on a bus to her job everyday. She lives on the outskirts of the city in an unfinished house (which is very common) with a sand floor, two of the bedrooms in the back make up her living quarters, another open room has become a temporary chicken house, and in another she hangs her wet laundry.  She hopes to one day finish her house and have her son come and live with her. Another family of four that we brought a filter to warmly opened their home to us. They live in a single 12×12 room that contains a bed, a couch, and cabinet. Everyone was very kind, and very open to our discussions about water. However, education remains our most significant battle. 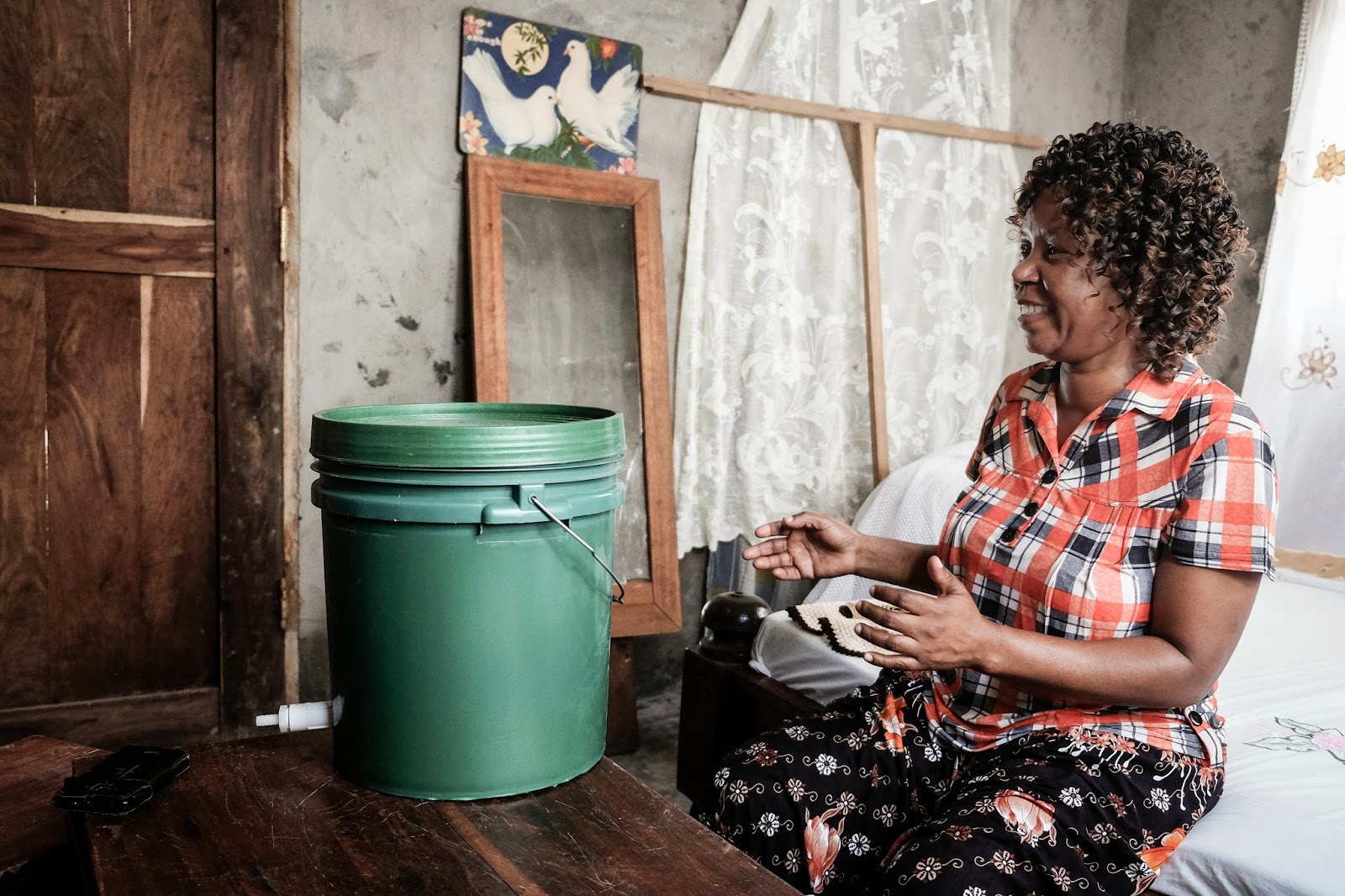 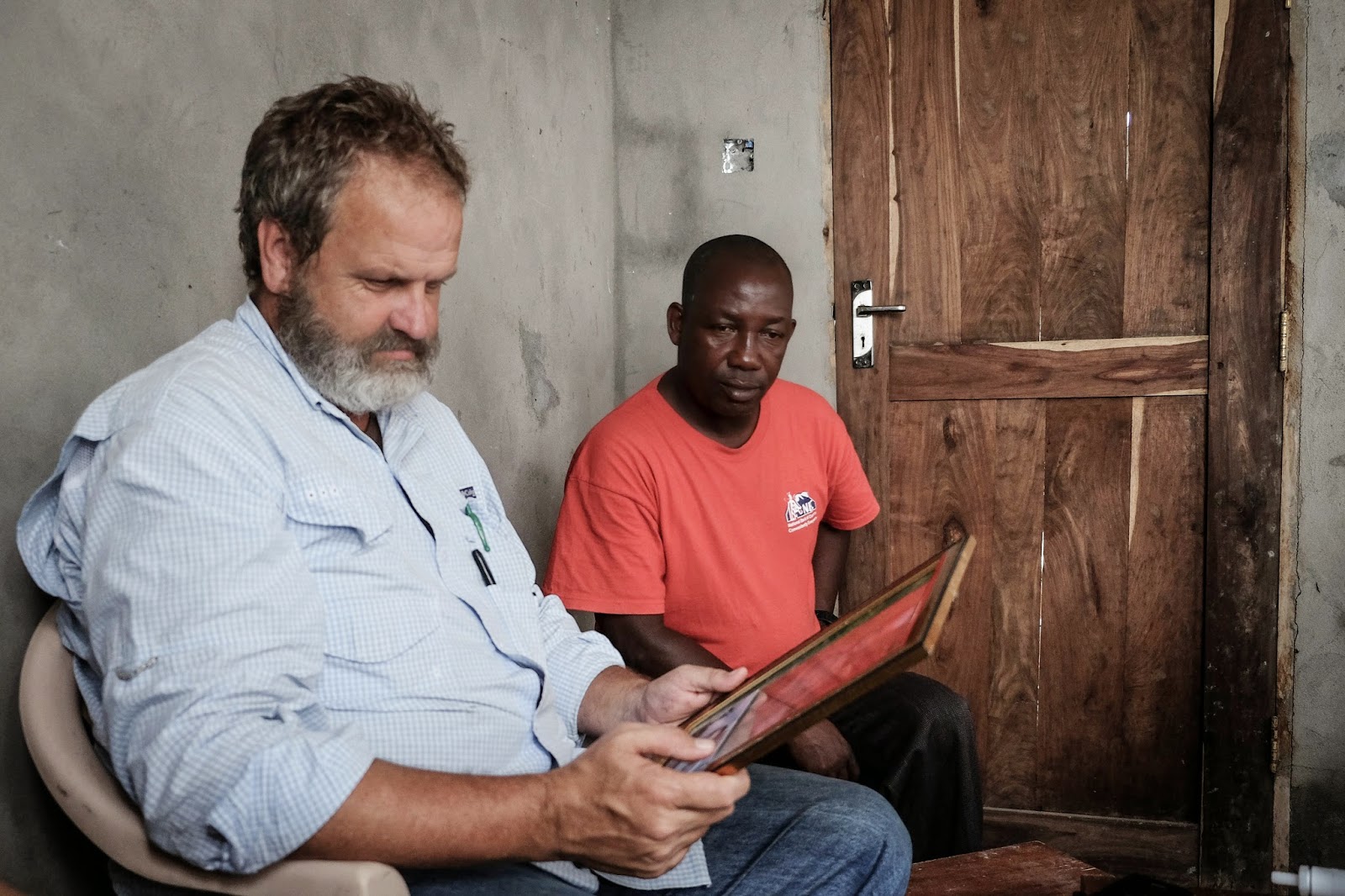 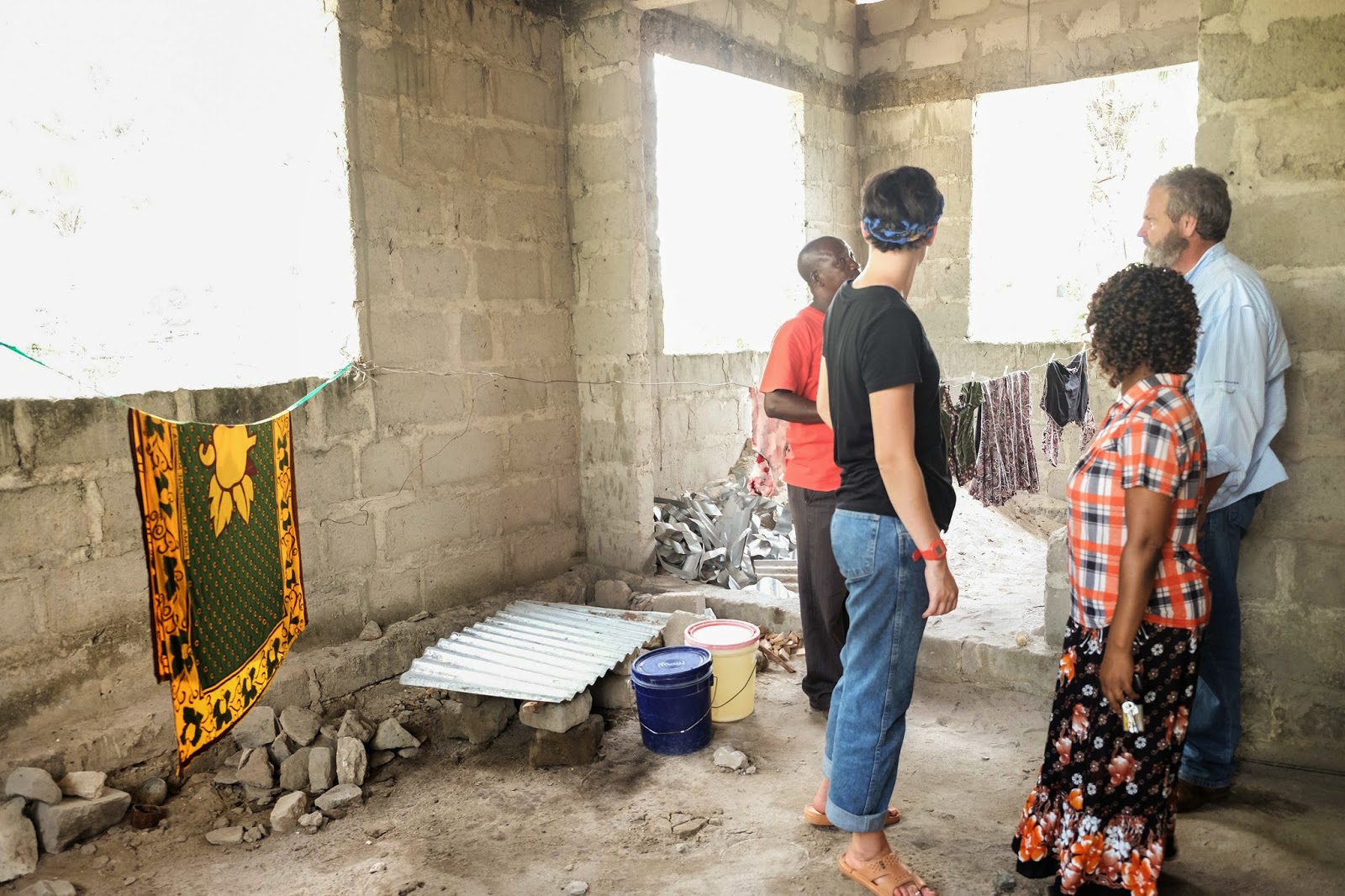 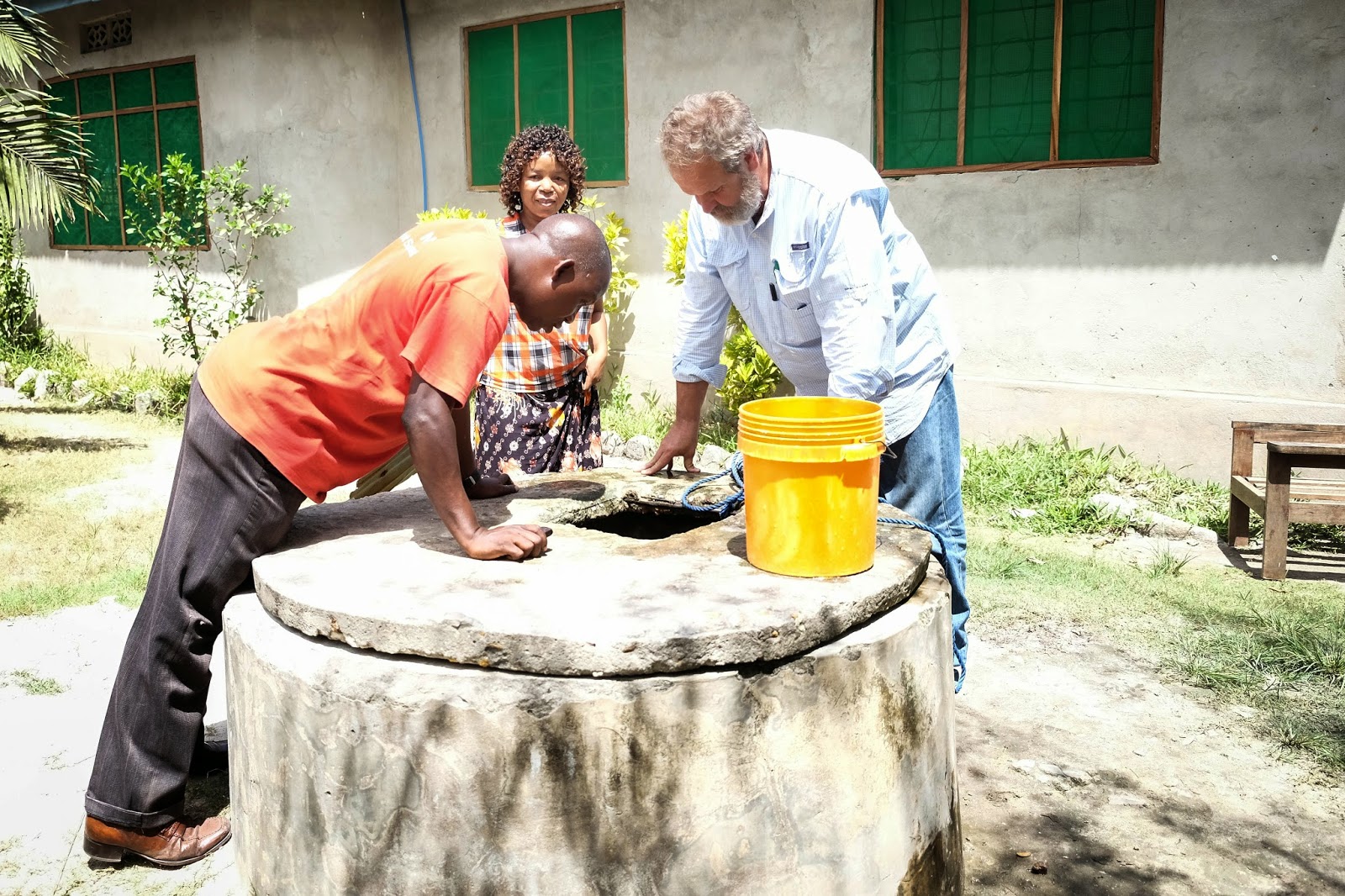 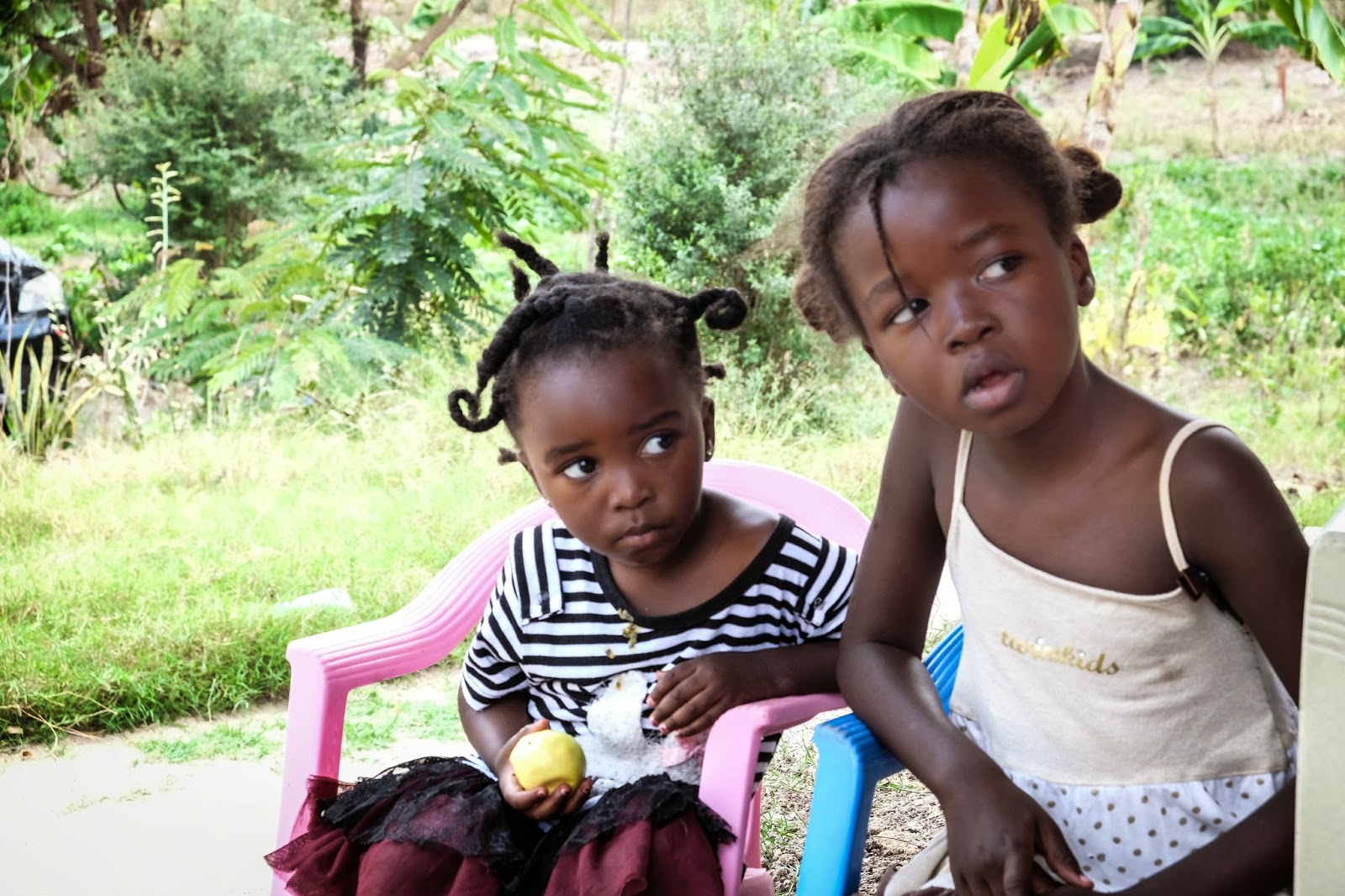 We visited another local church and met with the associate pastor, instructing him on how to clean their water using bleach.  Using bleach to make a chlorine mother solution in order to disinfect water is the easiest, cheapest way to provide clean drinking water. We hope that the church leaders will instruct their congregations in this method and the dangers of bad water. 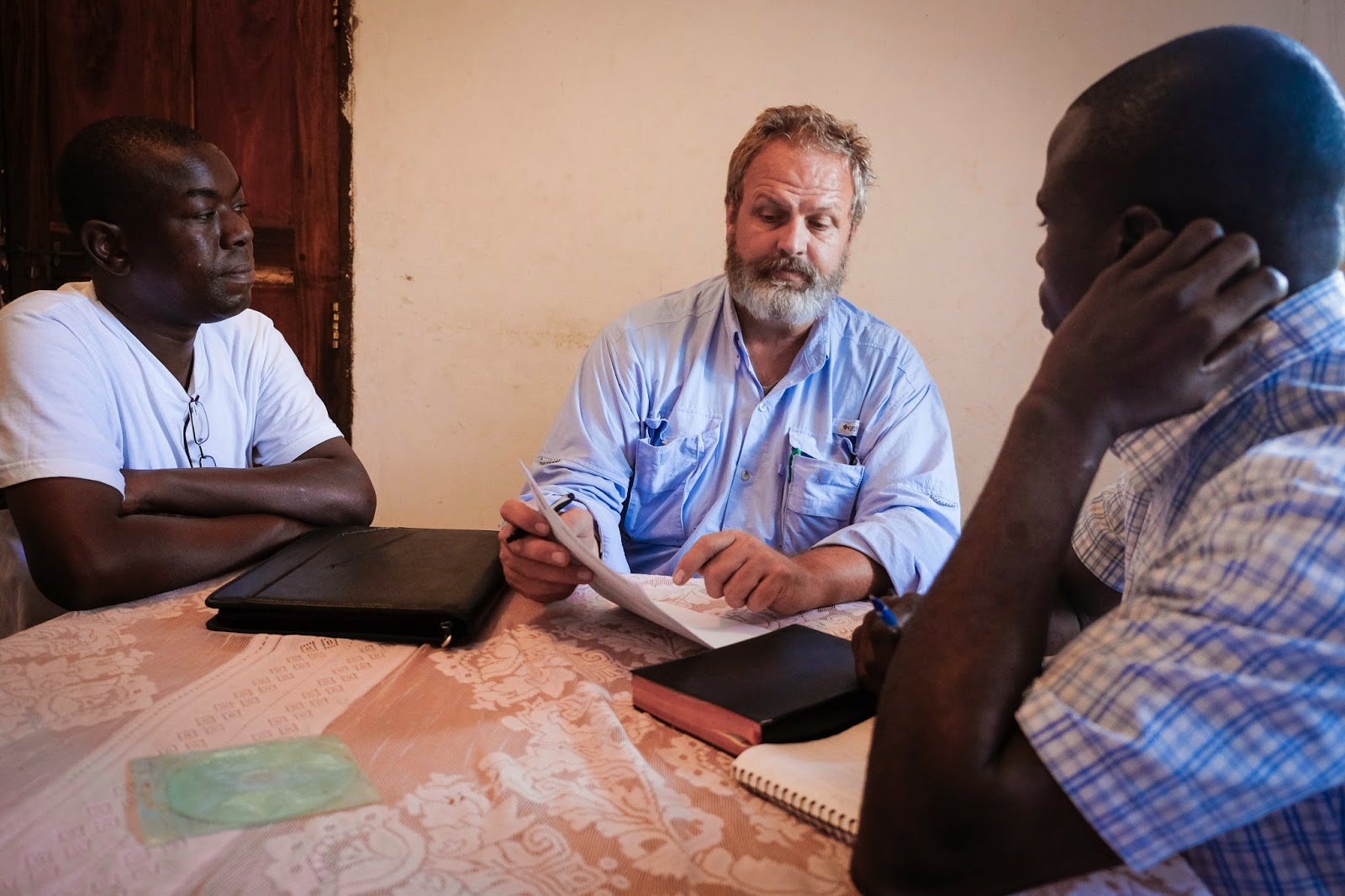 Sunday we attended Grace PBC, where the singing was beautiful. After services Daddy gave a demonstration on mixing a chlorine mother solution, to the congregation. They asked very good questions and again we are hopeful that the information will continue to spread. 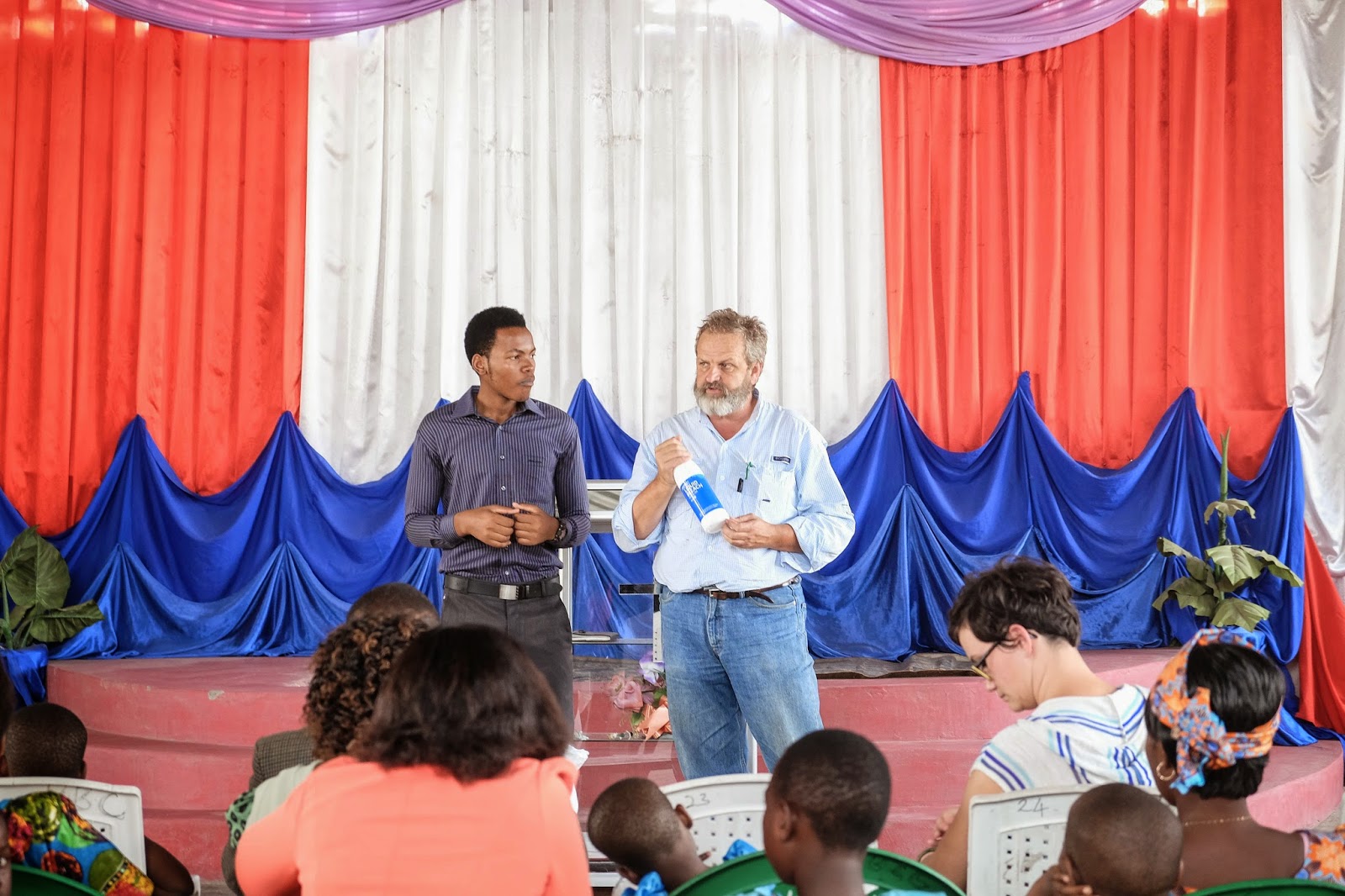 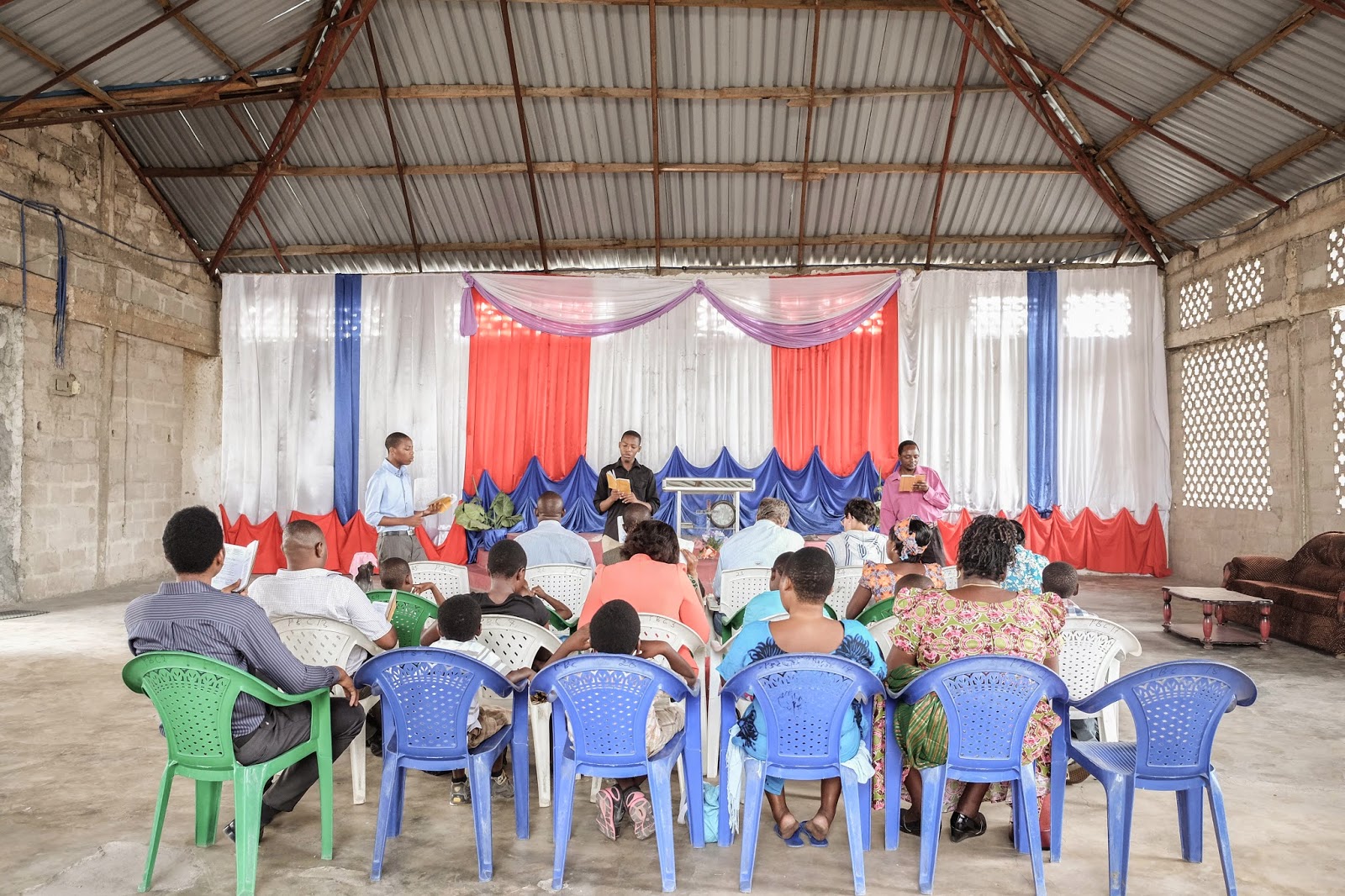 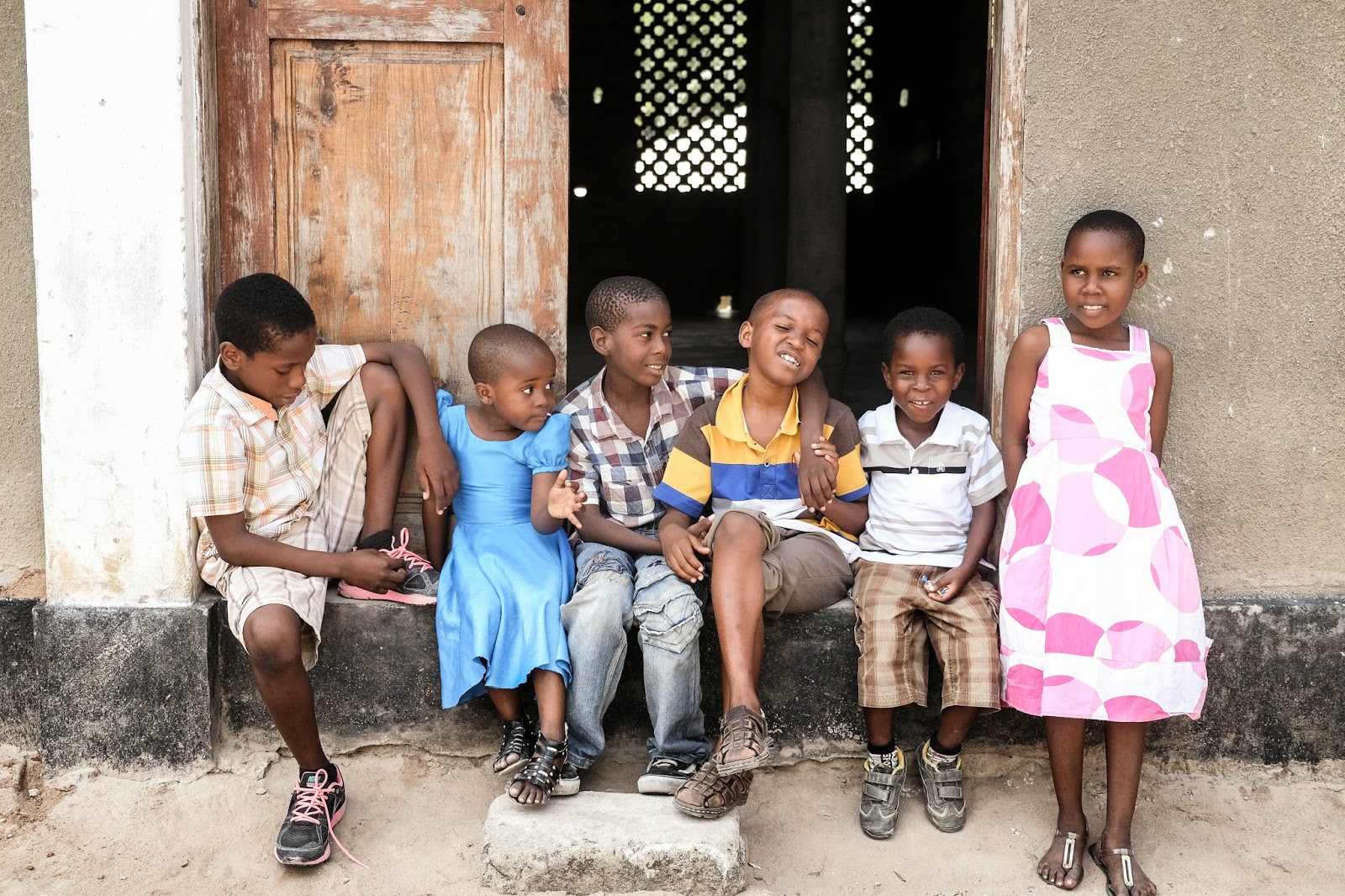 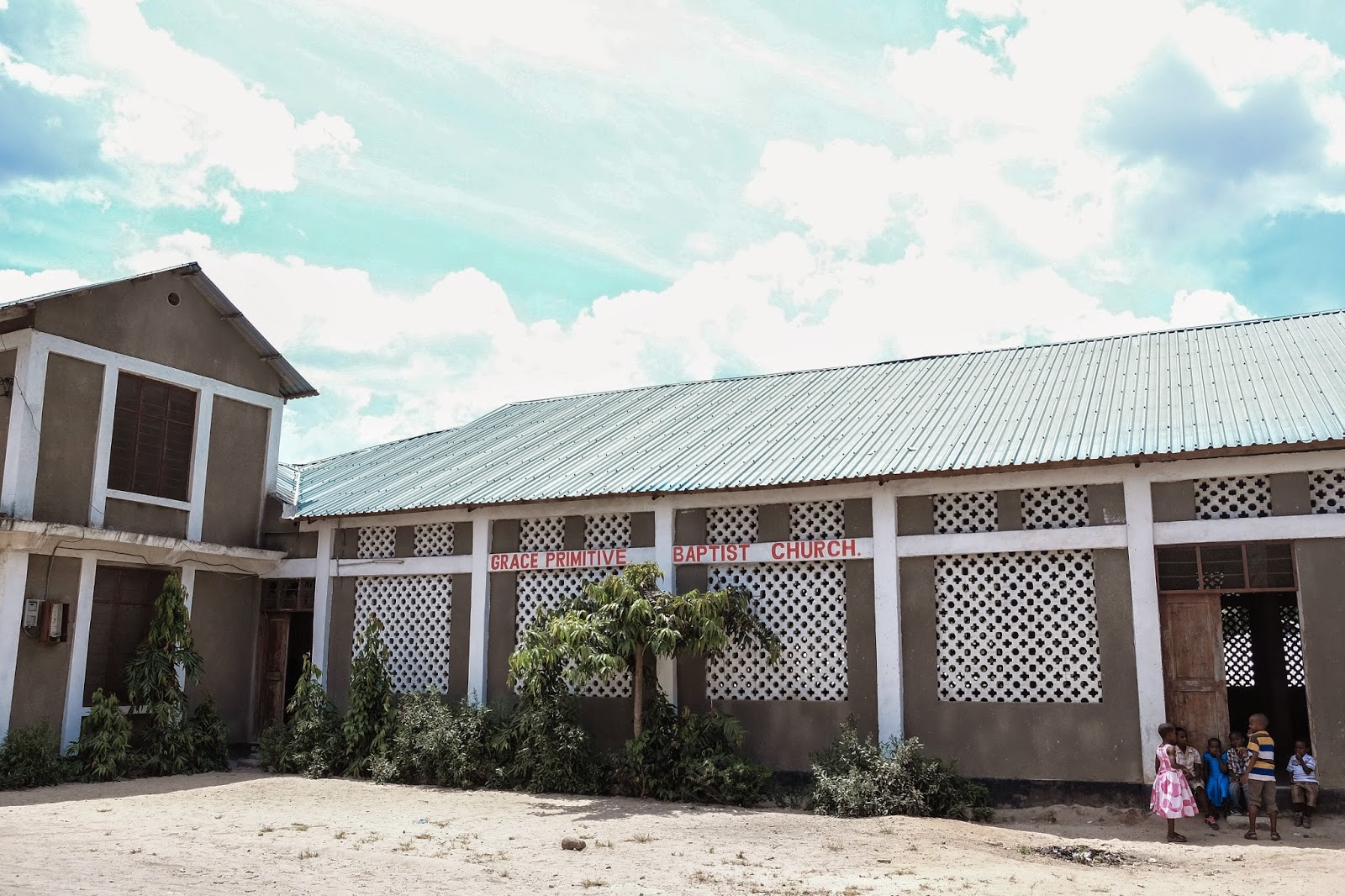 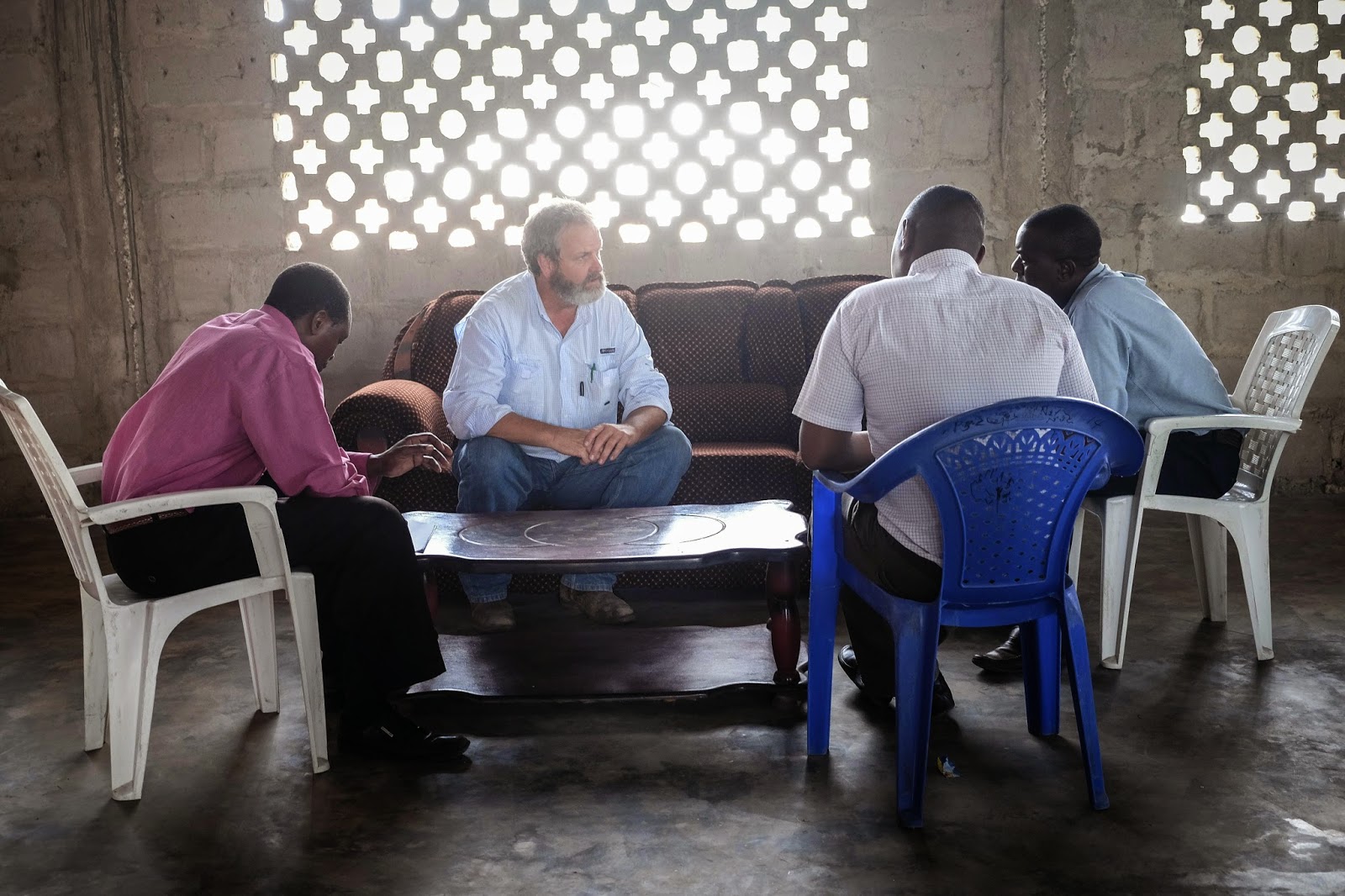 Last year, Sweetwater installed two chlorine generator systems, one at our driver Kenny’s home and another at the home of Obey’s children. Both systems required some maintenance and repair from routine use. We were able to fix both systems and they are now running again. 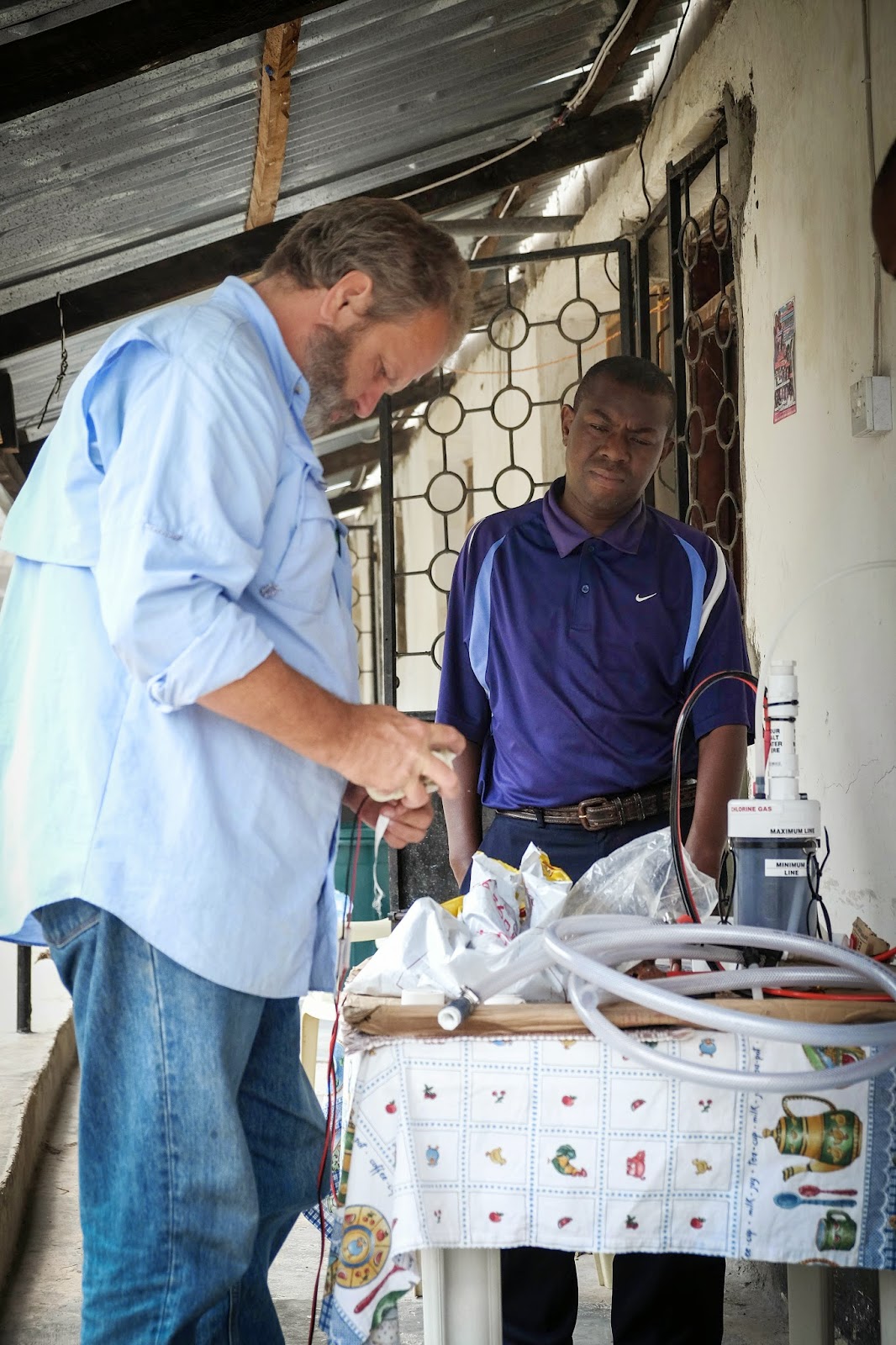 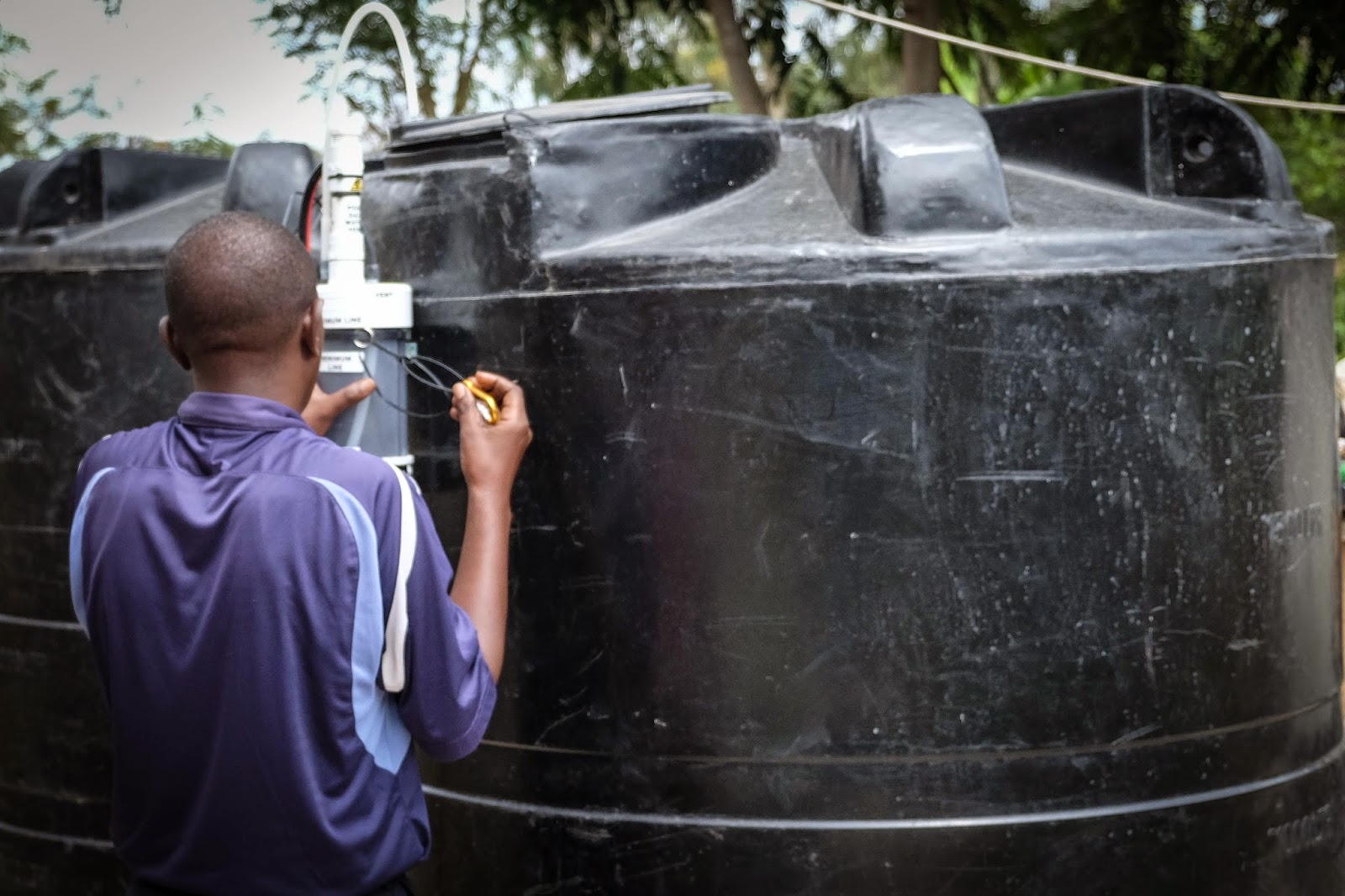 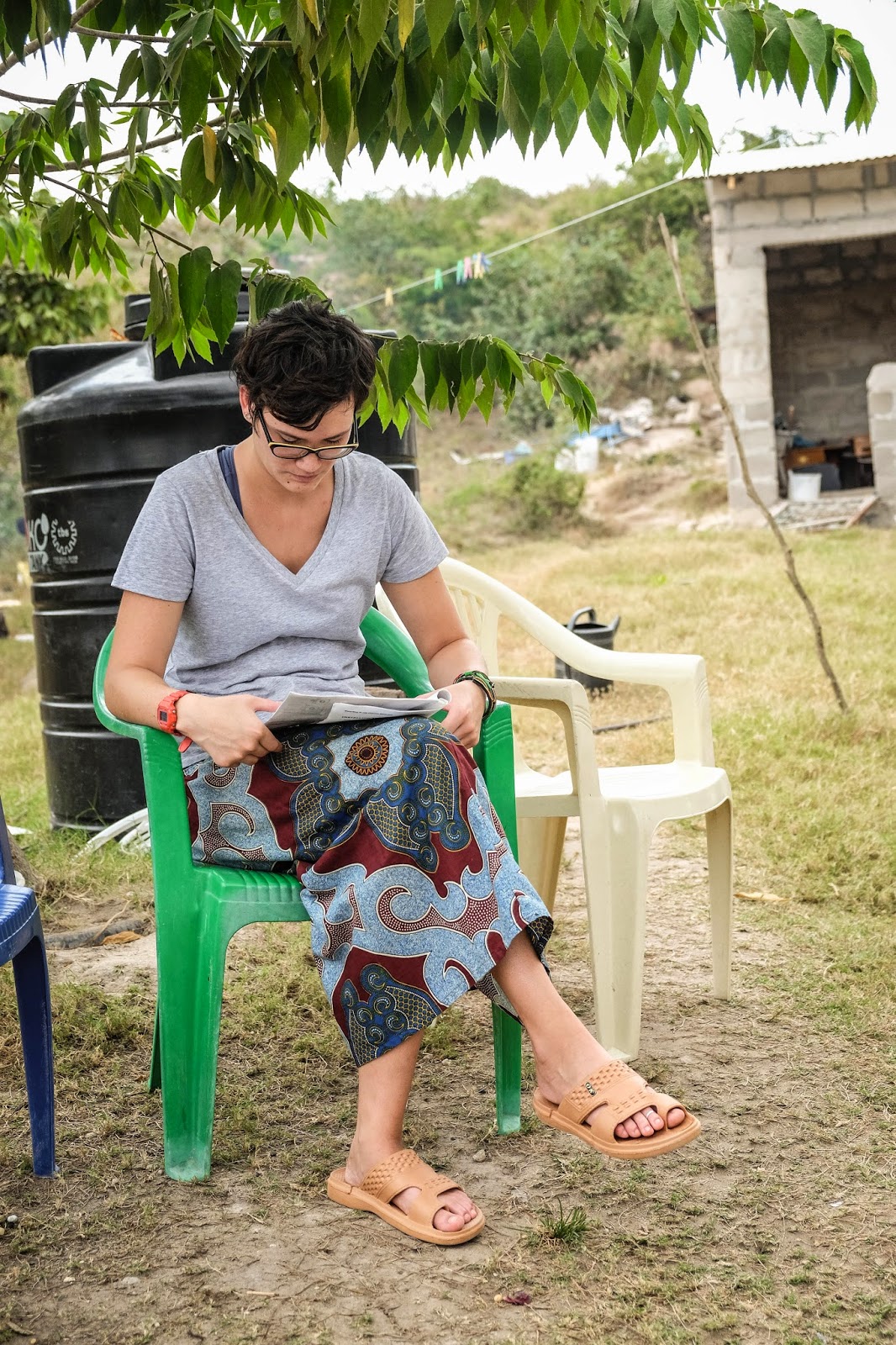 ^^^Phoebe reading up on the installation directions 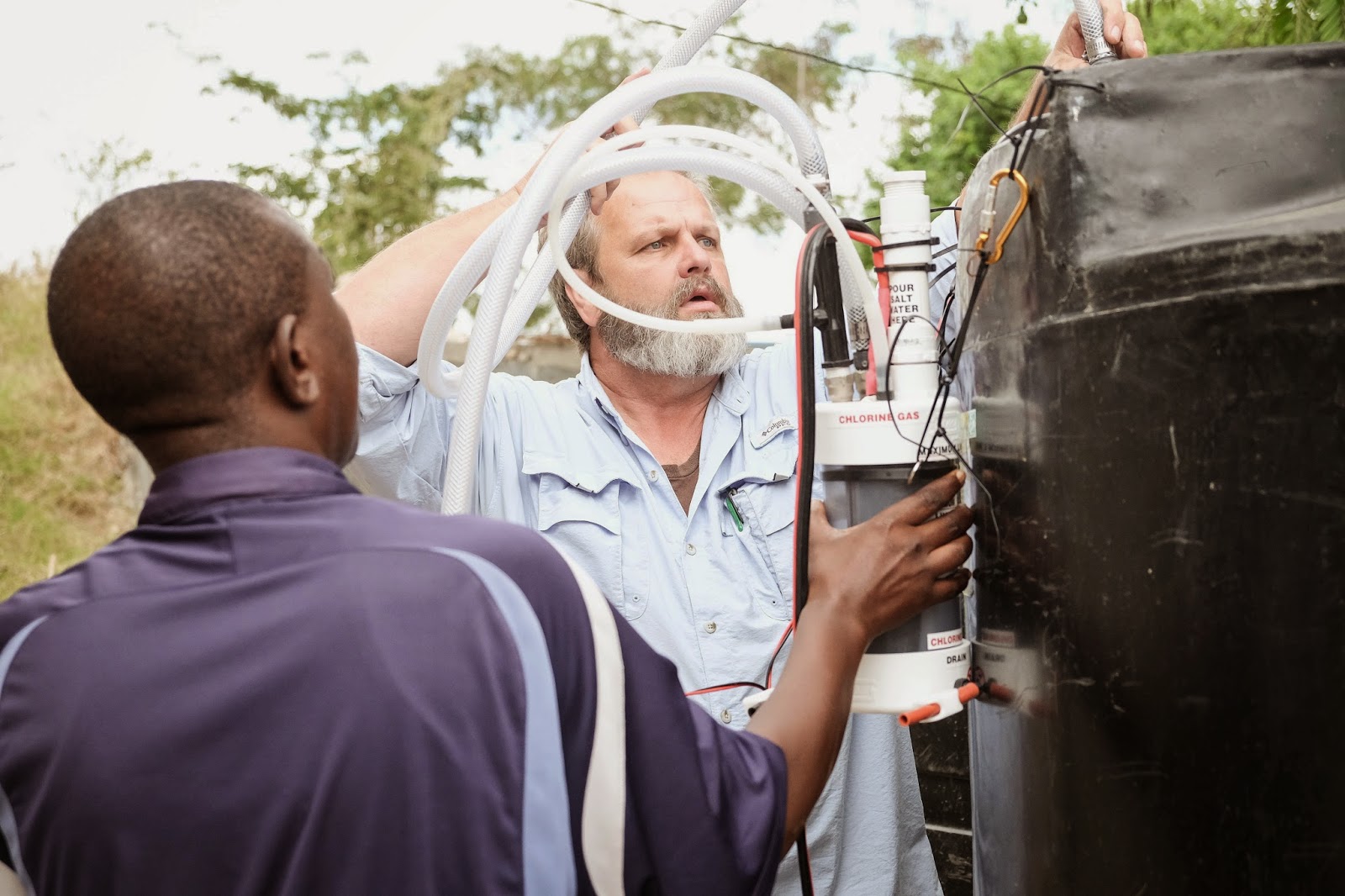 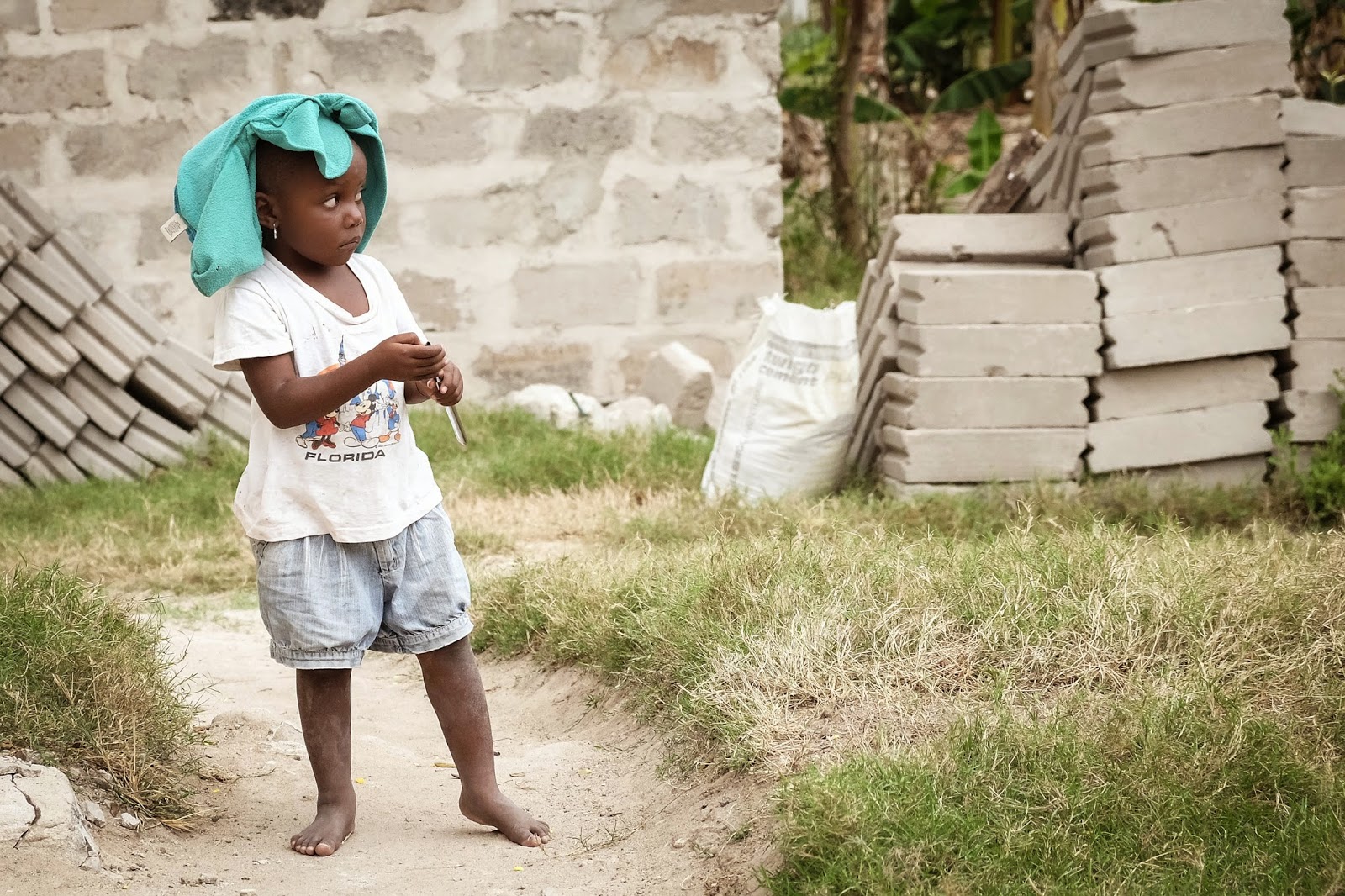 ^^^ Neighboring little girl who was way to cool for us. 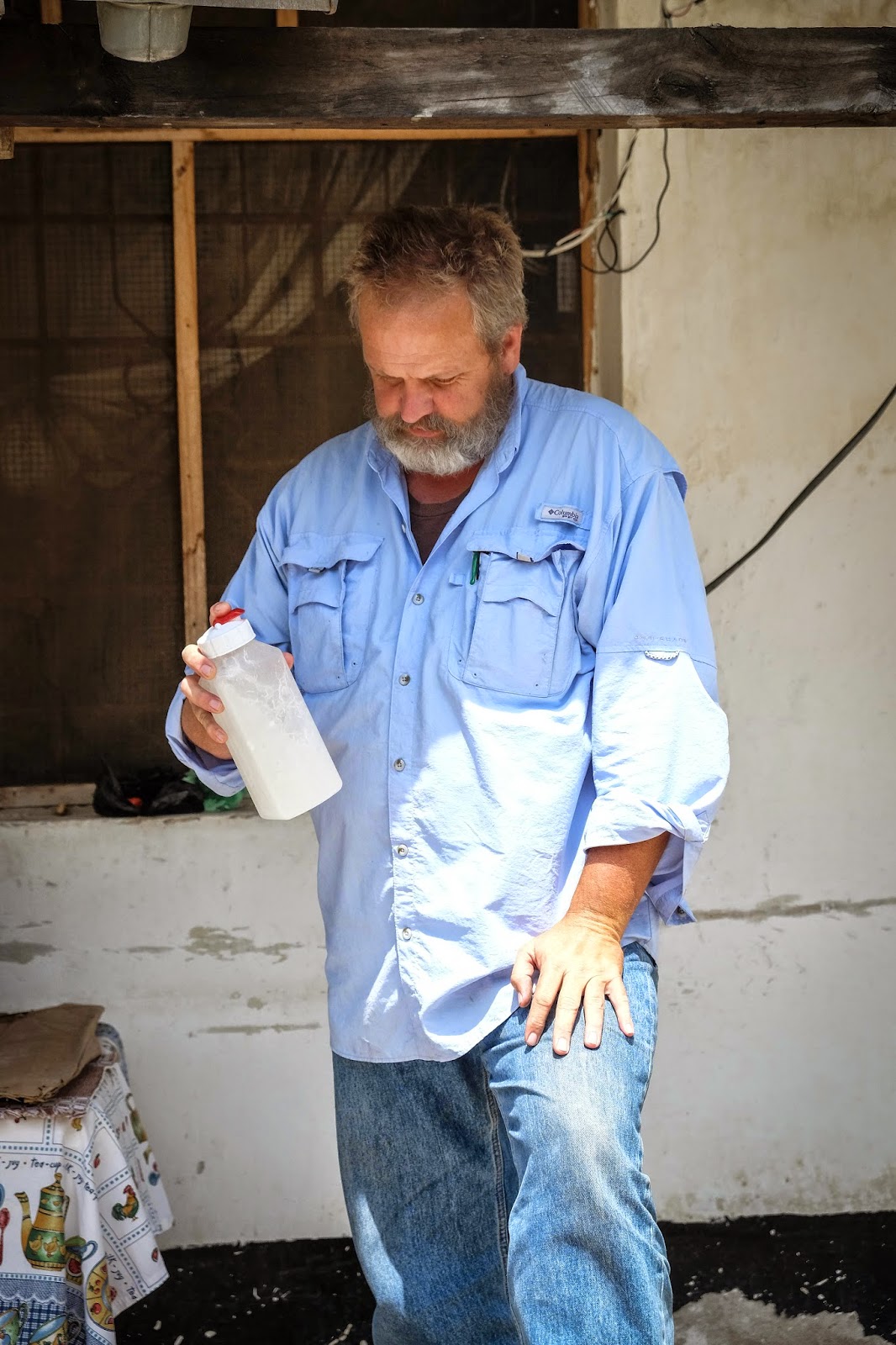 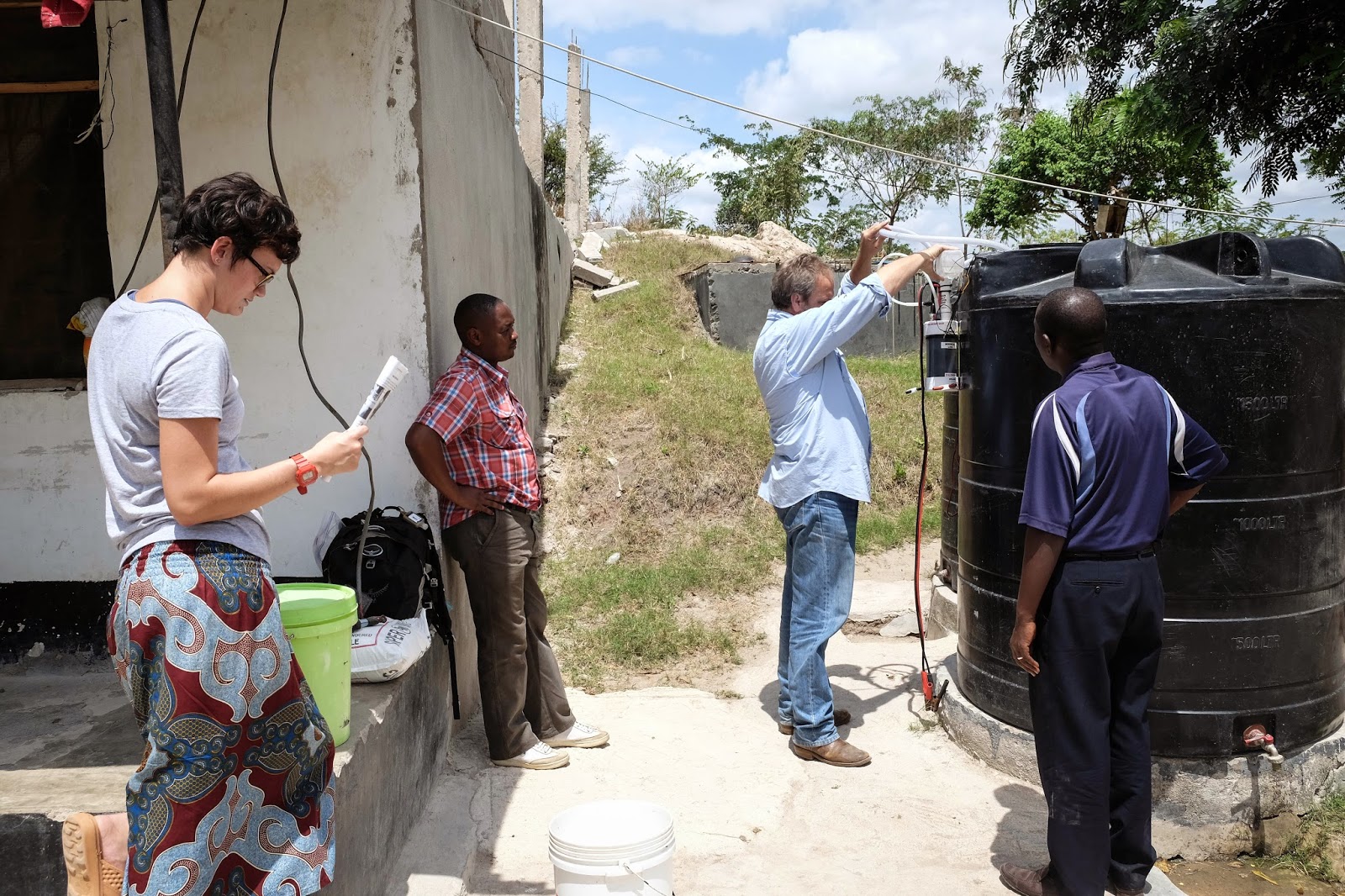 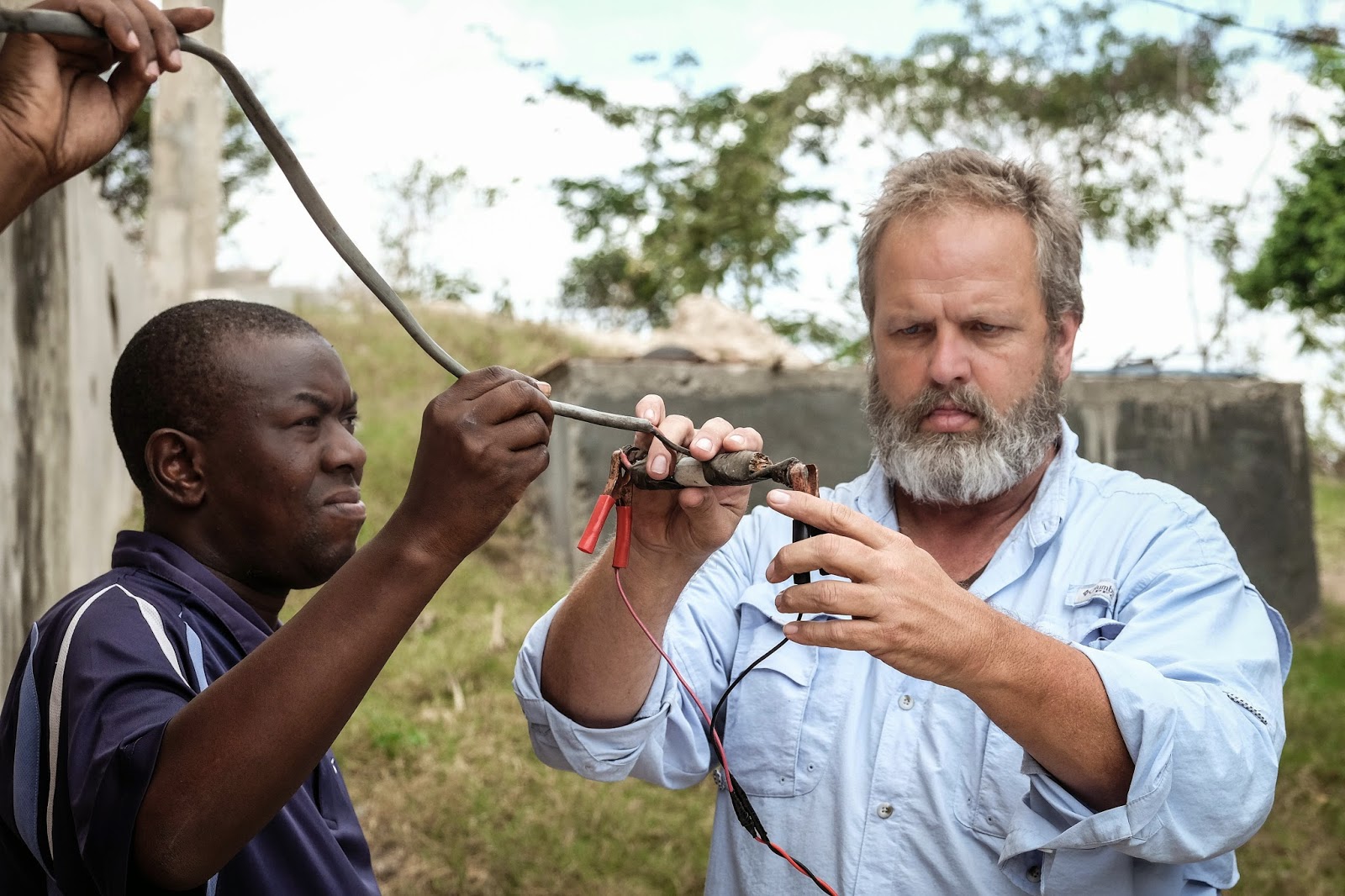 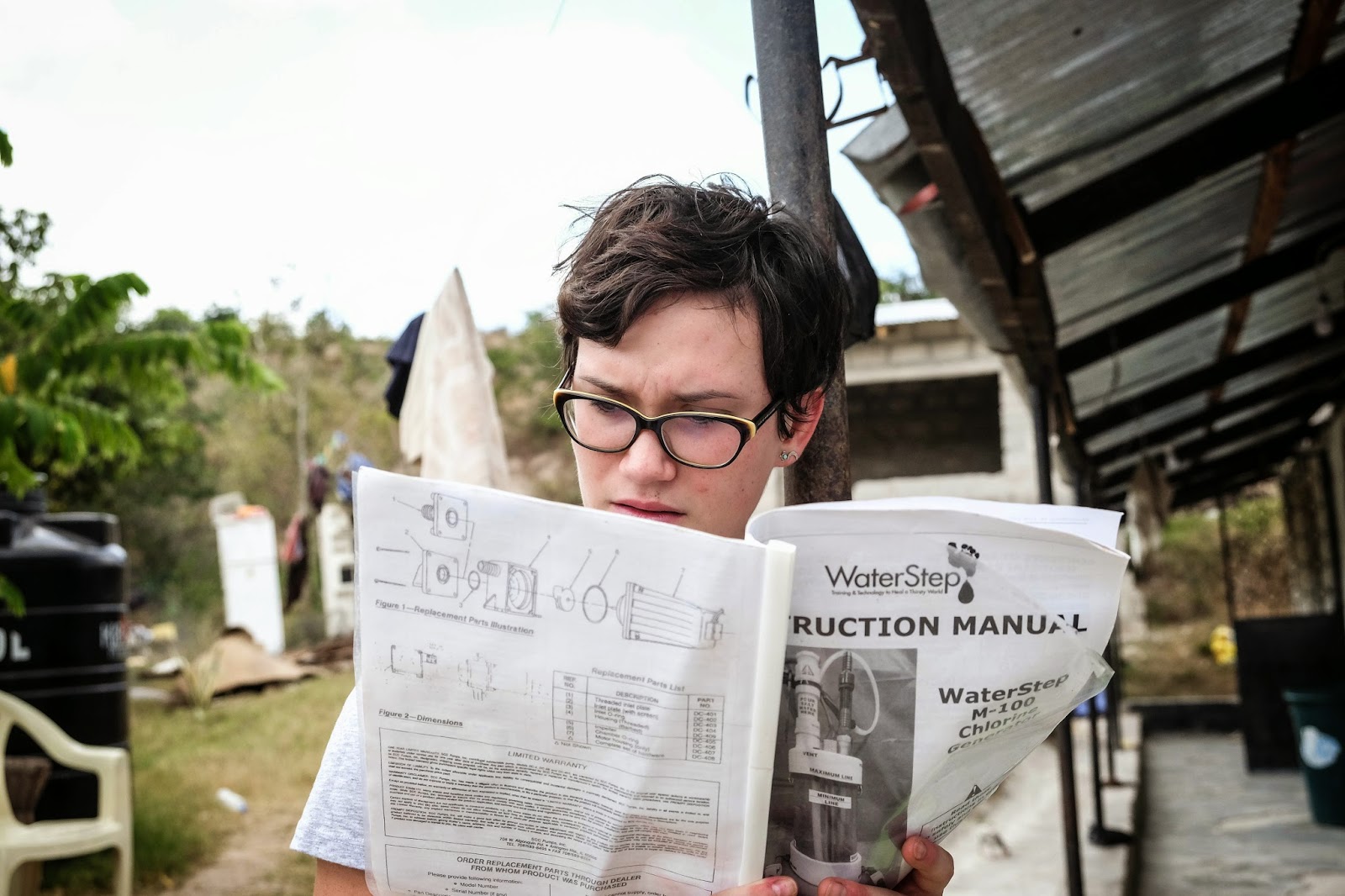 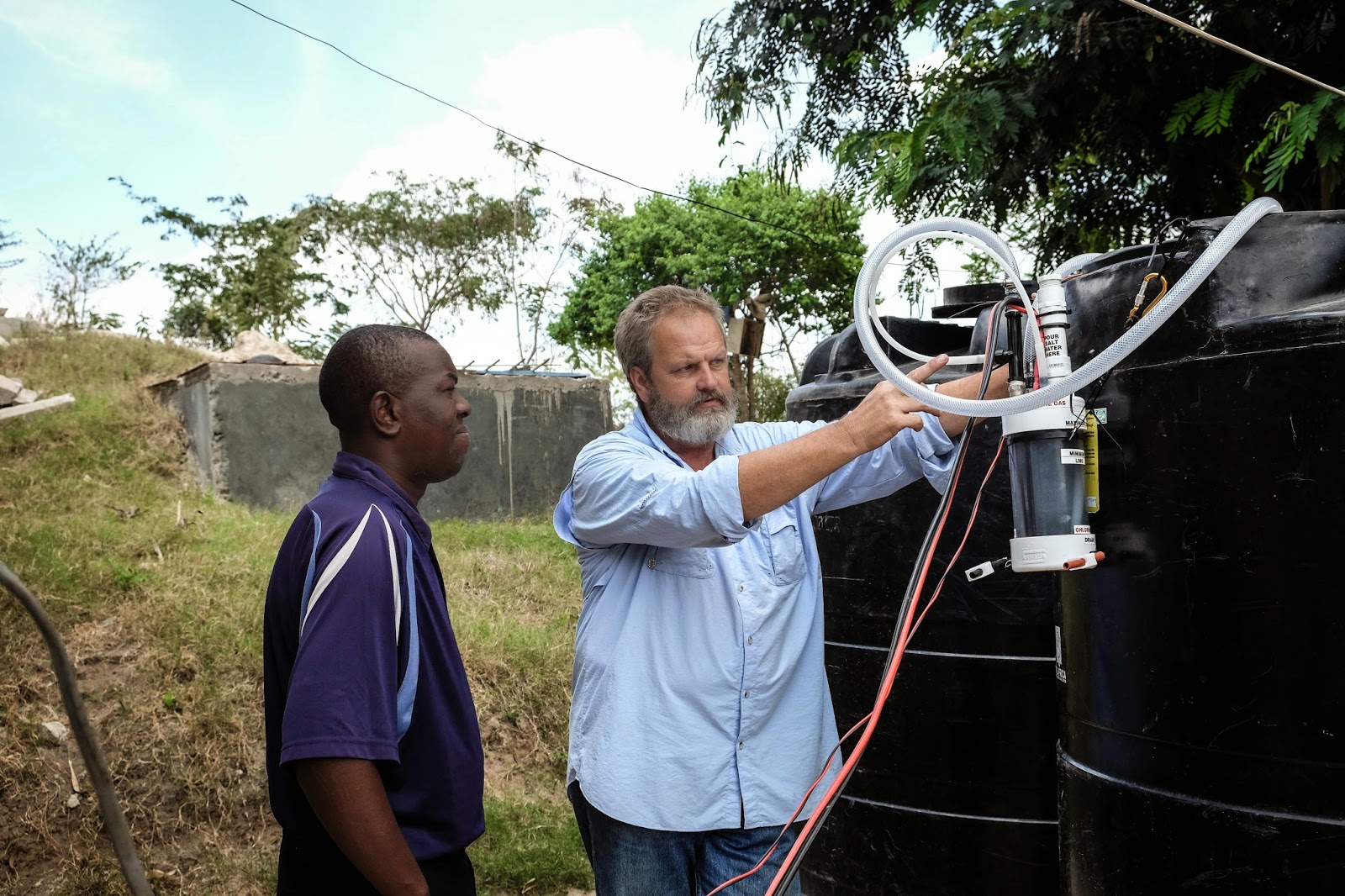 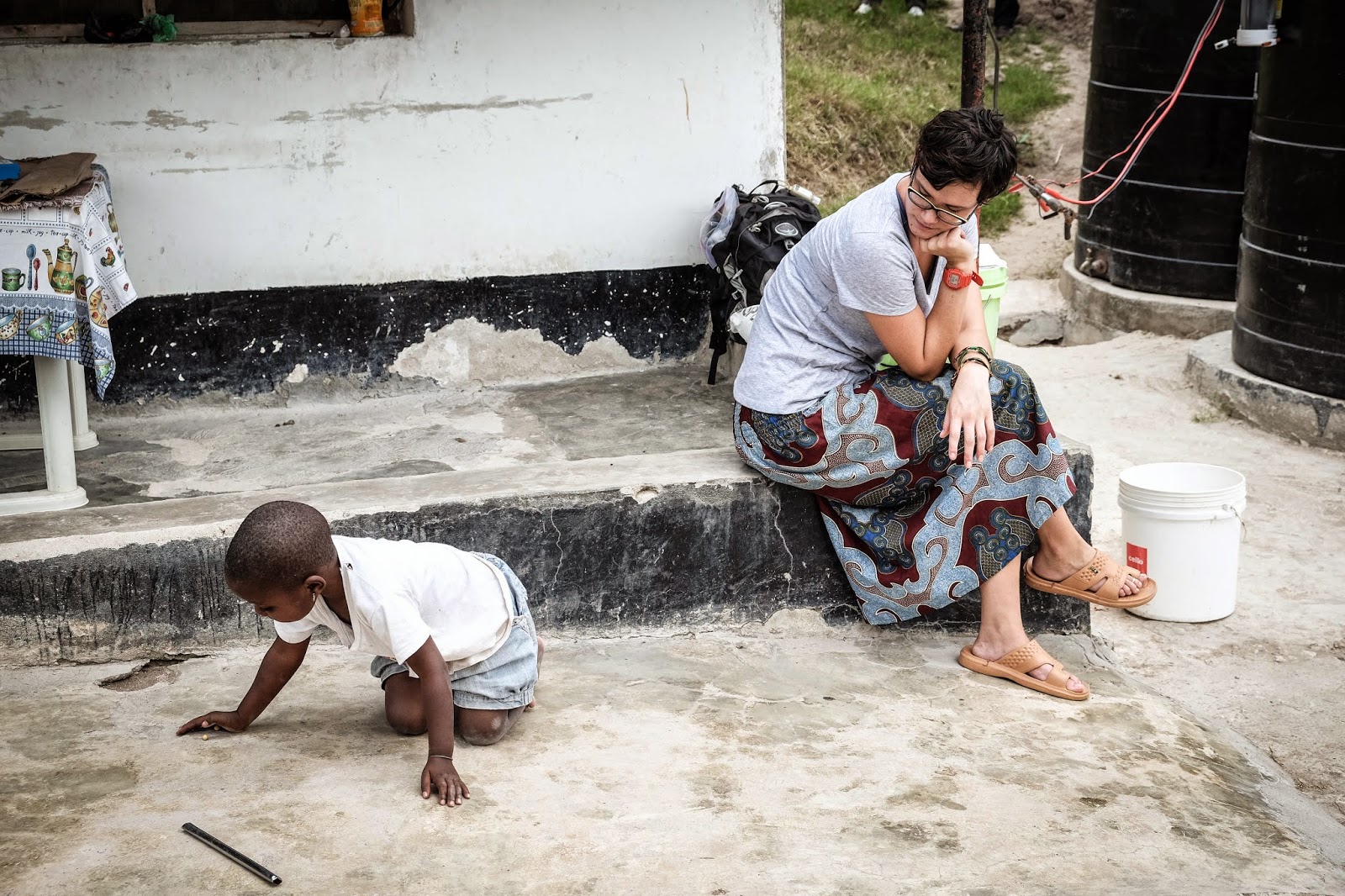